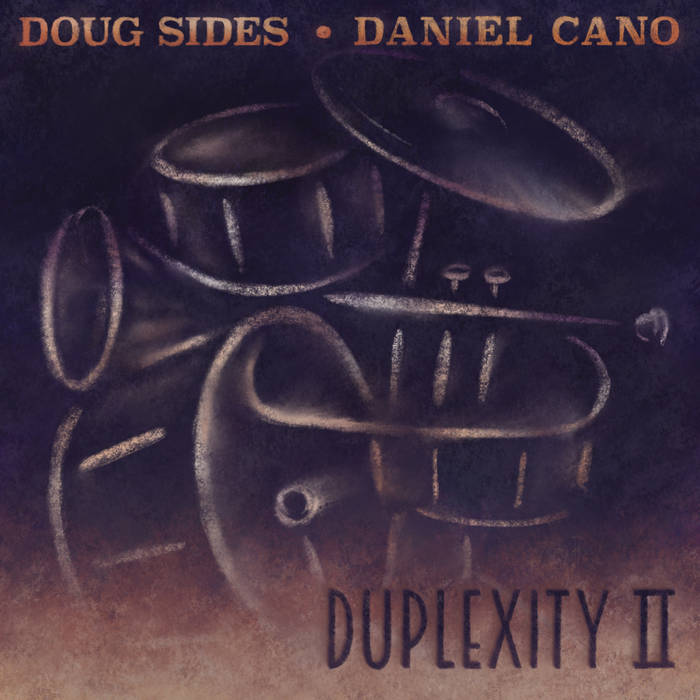 In the documentary ‘Straight, No Chaser’ (directed by Clint Eastwood), there is a scene showing Thelonious Monk in a live recording session. During the session the musicians begin playing what Monk believes is the first take of his tune “Ugly Beauty”. Once the piece comes to an end, Monk asks the producer, Teo Macero, to play back the take for him to listen to. You can hear Teo’s hesitant voice coming from the control room, having to break it to Monk that they weren’t actually recording the take as he thought they were just rehearsing. It is impossible to describe Monk's distress at such bad news. He is utterly distraught. As saxophonist Charlie Rouse says in the documentary, “once you play it the first time, that’s where the feeling and everything is. After that, it starts going downhill.”

During the Duplexity recording session, after recording the first take of the first track, I realised that Doug, like Monk, had no intention of repeating what had already been done. Without much conviction, I slightly insisted on doing a second take, just in case. “We would have to do that another day. This is today's version,” concluded Doug. I didn’t try to persuade him again. Instead I recalled all his stories about the recording sessions that he did in the sixties, with artists such as Blue Mitchell, Sonny Stitt or Johnny Griffin, and remembered that what they sought to record was the spontaneity and energy of that specific moment in time. It made me question my own reasons for needing to have the safety net (or even the sense of control) that came with doing another take – was this my ego getting in the way?

This way of recording gave the tracks a distinctive charm and integrity. After releasing the first Duplexity EP, Richard Williams wrote that "the session feels informal and spontaneous, with the rough edges left in", and truthfully, that’s because it was.

One of the things that fascinates me about Doug is his unpredictability -the way he can play something we have played dozens of times and always find a different direction to take it in. That attitude, that way of succumbing to spontaneity and following the infinite possibilities that the music offers, is, I have come to learn, one of the essential characteristics of playing jazz.

Yin and yang, positive and negative, light and dark…this second EP is very much interconnected with the first. The two have a dualistic relationship where the opposing energies complement and give rise to one another.
-Daniel Cano

All selections composed by Daniel Cano (tracks 1,2) and Doug Sides (track 4). Track 3 is a free improvisation.

Produced by Daniel Cano
Mixed by Tony Platt at "Have ears..."
Mastered by Cicely Balston at AIR Studios
Recorded by Mike Collins at Big Jelly Studios on 19 October 2020
Artwork by Matt Goodsmith
Many thanks to Adam Sieff for supporting and helping with this project

Daniel Cano (b. Huelva, Spain) is a trumpeter and composer based in the UK since 2014. He has performed at such venues as Ronnie Scott’s, Pizza Express, Philly Joe’s, as well as the Tangier, San Sebastian and Seville Jazz Festivals, with artists such as Doug Sides, Paco Charlín, Chris Kase, Dick Pearce, Harris Eisenstadt and the London Improvisers Orchestra. ... more

Bandcamp Daily  your guide to the world of Bandcamp